When homeowners make the initial decision to sell their house, the first thing most people think of is: how can I quickly increase the chances of making a quick and successful sale?

That’s where cosmetic improvements come in! Surface updates are much cheaper than structural renovations and often offer more bang for your buck. Think visible aspects of the home rather than hidden ones like plumbing and wiring. And while the definition of the word “cosmetic” can be a bit of a grey area, it is generally agreed upon that these changes are based on looks rather than substantive updates to the structure of the home. In my opinion, this can include anything from painting to decluttering.

Though it is difficult to guess which cosmetic features a potential buyer would change if they bought the house, in the case of older, outdated homes, there are many simple improvement options available. Many people neglect to think of these until a realtor or stager points them out, especially if they have been in the home for a long time and cease to notice them.

At this point, I have to ask a simple question. Why don’t we make these changes WHILE we are still in the house, so that we can enjoy them? So often, people don’t make these updates until they have made the decision to sell. Nine times out of ten, the homeowner will say to me “I wish I had done these things before! It looks so much better.”

Whether you make these simple cosmetic changes now or when you are ready to sell, there is no doubt as to the value they bring to the home.

Simple and Cheap Cosmetic Changes You Can Make Today

Another important way to increase your changes of selling the home is to declutter! This is something that many people do right before putting their homes on the market and wish they had done earlier! Decluttering now will also save you time and money later when you have to pack everything and move it into a new home. It is extremely common for people to pack everything in the home, pay to move it and unpack it in a new home, only to get rid of it upon arriving at their new home.

If you are struggling to get started, begin in “neutral” places where clutter builds up like the bathroom, kitchen and garage. Once you begin, you will gain momentum. It feels so good to let go of items that are not serving you any more, and it will help your home sell faster as well.

Check out my handy list of donation resources and blog on downsizing and decluttering for more support on this topic: Downsizing? Deculttering is Half the Battle. 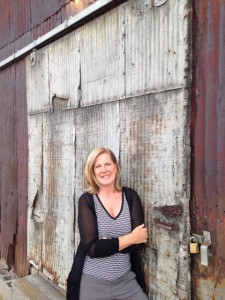